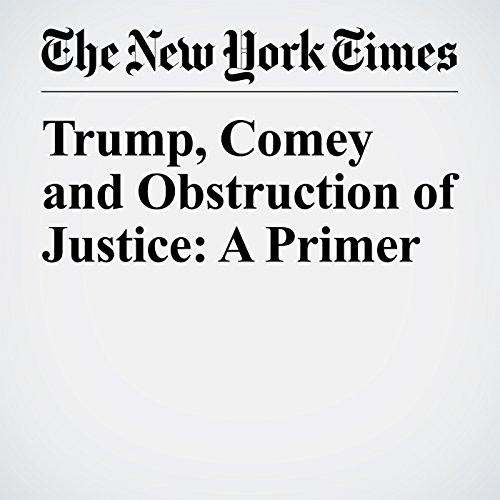 The testimony by former FBI Director James Comey that President Donald Trump, before firing him last month, demanded loyalty, urged him to drop the investigation into his former national security adviser and pressed him to “lift the cloud” of the Russia inquiry is fueling accusations that the president obstructed justice.

"Trump, Comey and Obstruction of Justice: A Primer" is from the June 08, 2017 U.S. section of The New York Times. It was written by Charlie Savage and narrated by Keith Sellon-Wright.