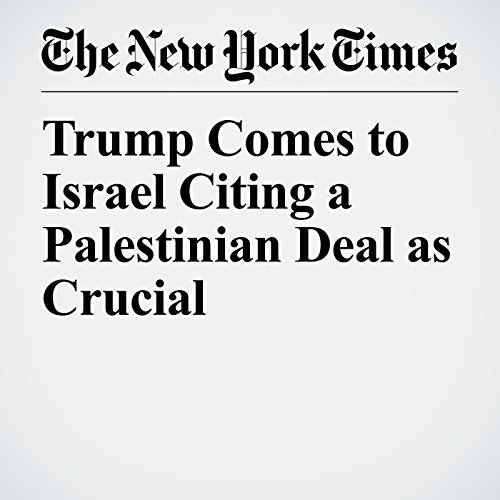 President Donald Trump began a two-day visit to Israel and the West Bank on Monday, wading into a generations-old Middle East standoff that will pose an early test of whether his business deal-making skills can translate to the high-wire world of international diplomacy.

"Trump Comes to Israel Citing a Palestinian Deal as Crucial" is from the May 22, 2017 World section of The New York Times. It was written by Peter Baker, Michael D. Shear and Ian Fisher and narrated by Kristi Burns.