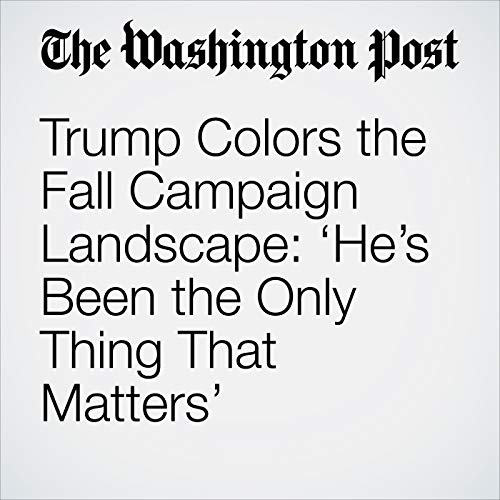 Trump Colors the Fall Campaign Landscape: ‘He’s Been the Only Thing That Matters’

The striking split screen as this week wound down — former president Barack Obama made his campaign-trail debut mourning the departure of decency and lawfulness from the White House just as President Trump called on the Justice Department to hunt down a nameless personal enemy — neatly framed the midterm dynamic.

"Trump Colors the Fall Campaign Landscape: ‘He’s Been the Only Thing That Matters’" is from the September 08, 2018 Politics section of The Washington Post. It was written by Ashley Parker and Philip Rucker and narrated by Sam Scholl.