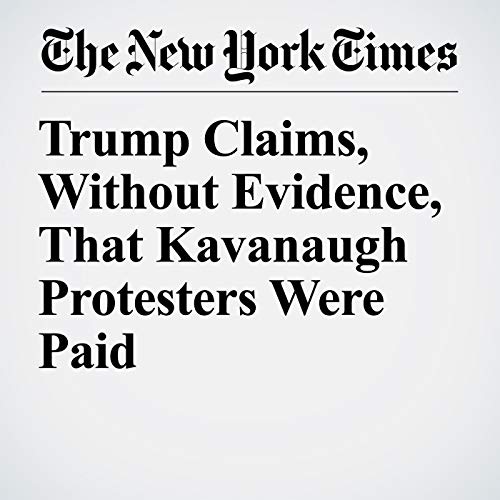 President Donald Trump on Friday claimed without evidence that some of the women protesting his embattled Supreme Court nominee by confronting senators in elevators had been paid to do so.

"Trump Claims, Without Evidence, That Kavanaugh Protesters Were Paid" is from the October 05, 2018 U.S. section of The New York Times. It was written by Niraj Chokshi and narrated by Fleet Cooper.