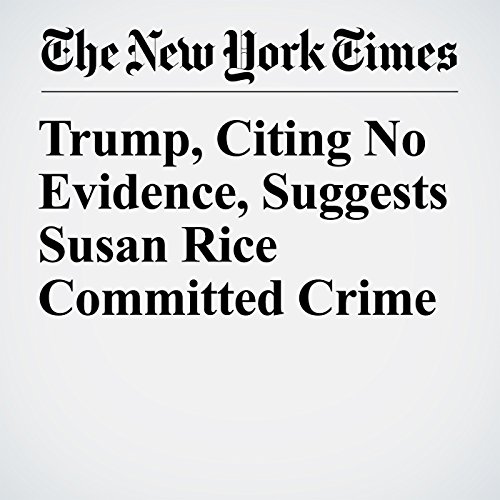 Current and former intelligence officials from both Republican and Democratic administrations have said that nothing they have seen led them to believe that Rice’s actions were unusual or unlawful. When Americans are swept up in surveillance of foreign officials by intelligence agencies, their identities are supposed to be obscured, but they can be revealed for national security reasons, and intelligence officials say it is a regular occurrence.

"Trump, Citing No Evidence, Suggests Susan Rice Committed Crime" is from the April 05, 2017 U.S. section of The New York Times. It was written by Glenn Thrush and Maggie Haberman and narrated by Barbara Benjamin-Creel.