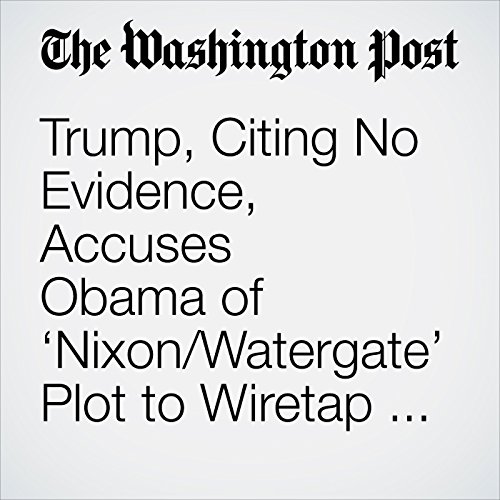 While citing no evidence to support his explosive allegation, Trump said in a series of four tweets sent Saturday morning that Obama was “wire tapping” his New York offices before the election in a move he compared to McCarthyism. “Bad (or sick) guy!” he said of his predecessor, adding that the surveillance resulted in “nothing found.”

"Trump, Citing No Evidence, Accuses Obama of ‘Nixon/Watergate’ Plot to Wiretap Trump Tower" is from the March 04, 2017 Politics section of The Washington Post. It was written by Philip Rucker, Ellen Nakashima and Robert Costa and narrated by Jill Melancon.