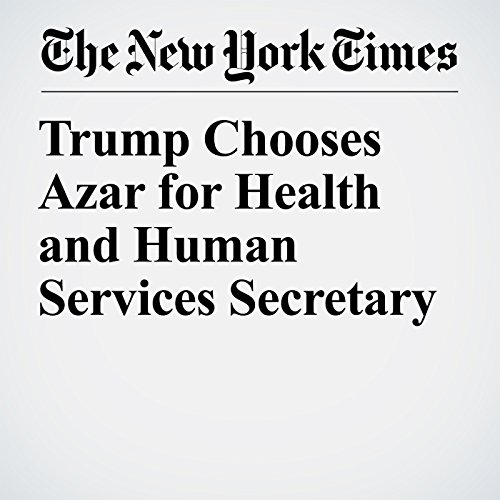 President Donald Trump nominated a pharmaceutical executive to be the next secretary of the Department of Health and Human Services.The nominee, Alex M. Azar II, served as a deputy at the department under former President George W. Bush. Until January, he was the head of the pharmaceutical company Eli Lilly’s U.S. division.

"Trump Chooses Azar for Health and Human Services Secretary" is from the November 13, 2017 U.S. section of The New York Times. It was written by Eileen Sullivan and Michael D. Shear and narrated by Kristi Burns.