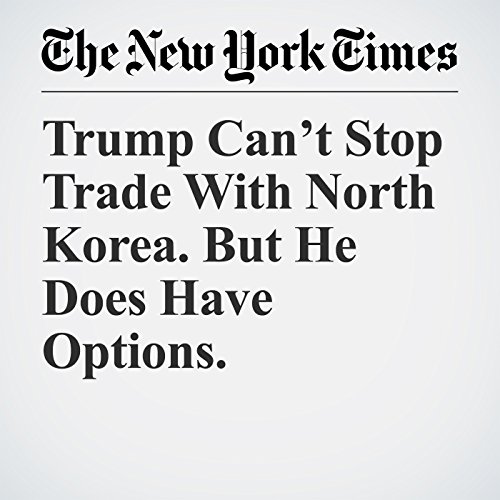 President Donald Trump said Sunday that the United States could consider stopping all trade with countries doing business in North Korea, in a move that could spell economic catastrophe for the pugnacious country.

"Trump Can’t Stop Trade With North Korea. But He Does Have Options." is from the September 04, 2017 Business section of The New York Times. It was written by Paul Mozur and narrated by Kristi Burns.