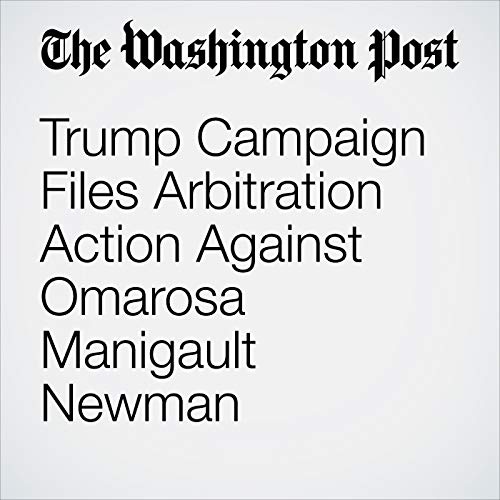 "Trump Campaign Files Arbitration Action Against Omarosa Manigault Newman" is from the August 14, 2018 Politics section of The Washington Post. It was written by John Wagner and narrated by Sam Scholl.