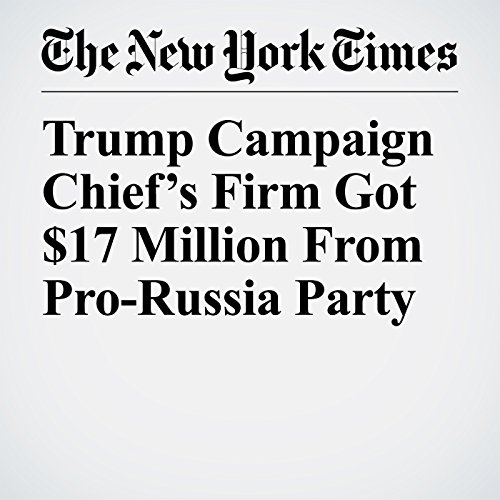 Paul Manafort, who was forced out as President Donald Trump’s campaign chairman last summer after five months of infighting and criticism about his business dealings with pro-Russian interests, disclosed on Tuesday that his consulting firm had received more than $17 million in payments over two years from a Ukrainian political party with ties to the Kremlin.

"Trump Campaign Chief’s Firm Got $17 Million From Pro-Russia Party" is from the June 27, 2017 U.S. section of The New York Times. It was written by Nicholas Confessore, Mike Mcintire and Barry Meier and narrated by Kristi Burns.