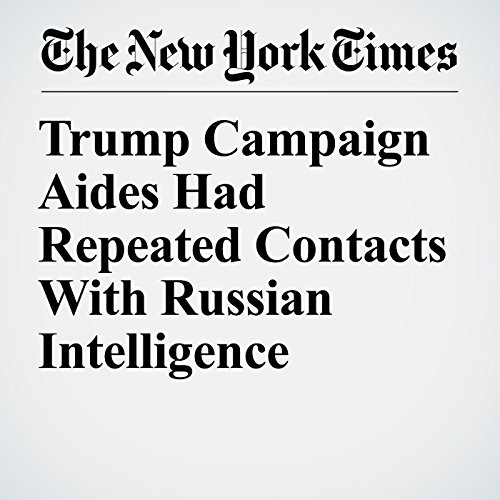 Phone records and intercepted calls show that members of Donald Trump’s 2016 presidential campaign and other Trump associates had repeated contacts with senior Russian intelligence officials in the year before the election, according to four current and former U.S. officials.

"Trump Campaign Aides Had Repeated Contacts With Russian Intelligence" is from the February 15, 2017 U.S. section of The New York Times. It was written by Michael S. Schmidt, Mark Mazzetti and Matt Apuzzo and narrated by Caroline Miller.