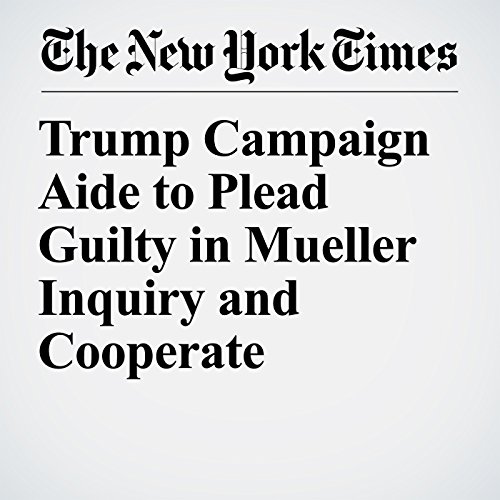 A former top adviser to Donald Trump’s presidential campaign indicted by the special counsel was expected to plead guilty as soon as Friday afternoon, according to two people familiar with his plea agreement, a move that signals he is cooperating with the investigation into Russia’s interference in the 2016 election.

"Trump Campaign Aide to Plead Guilty in Mueller Inquiry and Cooperate" is from the February 23, 2018 U.S. section of The New York Times. It was written by Mark Mazzetti, Maggie Haberman and narrated by Mike DelGaudio.