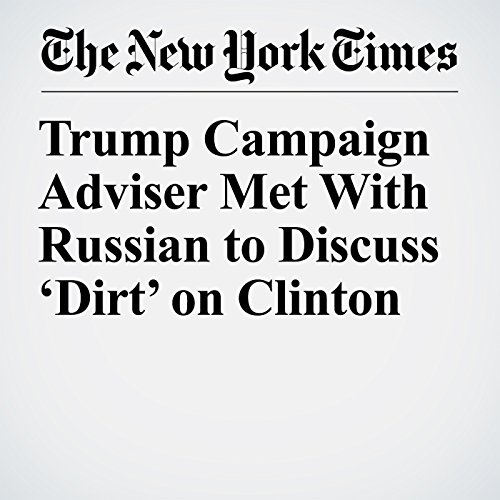 A professor with close ties to the Russian government told an adviser to Donald Trump’s presidential campaign in April 2016 that Moscow had “dirt” on Hillary Clinton in the form of “thousands of emails,” according to court documents unsealed Monday.

"Trump Campaign Adviser Met With Russian to Discuss ‘Dirt’ on Clinton" is from the October 30, 2017 U.S. section of The New York Times. It was written by Matt Apuzzo and Michael S. Schmidt and narrated by Keith Sellon-Wright.