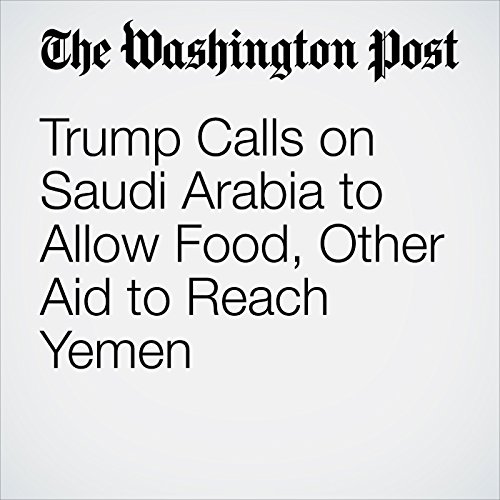 President Trump on Wednesday called on Saudi Arabia to allow food, fuel, water and medicine to reach the people of Yemen, in a statement that reflected the growing alarm of relief agencies and amounted to an unusually harsh public scolding of one of his administration’s closest allies.

"Trump Calls on Saudi Arabia to Allow Food, Other Aid to Reach Yemen" is from the December 06, 2017 World section of The Washington Post. It was written by Max Bearak and narrated by Sam Scholl.