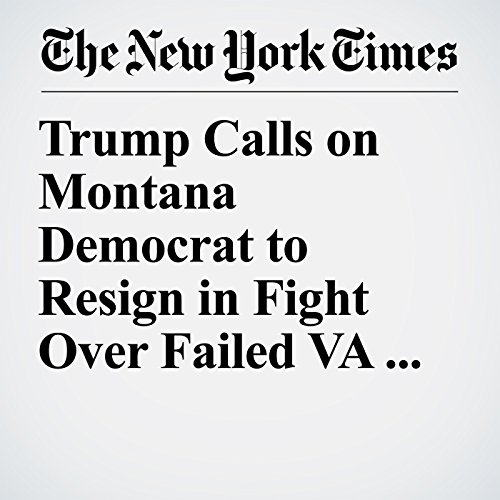 President Donald Trump on Saturday called for the resignation of Sen. Jon Tester, D-Mont., and threatened to spread allegations about the lawmaker in retaliation for helping to thwart his effort to install the White House physician in the Cabinet.

"Trump Calls on Montana Democrat to Resign in Fight Over Failed VA Nomination" is from the April 29, 2018 U.S. section of The New York Times. It was written by Peter Baker and narrated by Keith Sellon-Wright.