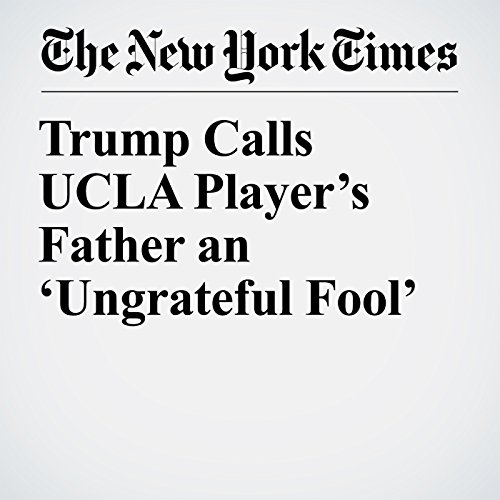 President Donald Trump may be on vacation at his resort in Florida, but he was up early on Wednesday, railing against a college basketball player’s father — “ungrateful fool!” — and the NFL in a series of Twitter posts before 6 a.m.

"Trump Calls UCLA Player’s Father an ‘Ungrateful Fool’" is from the November 22, 2017 U.S. section of The New York Times. It was written by Eileen Sullivan and narrated by Kristi Burns.