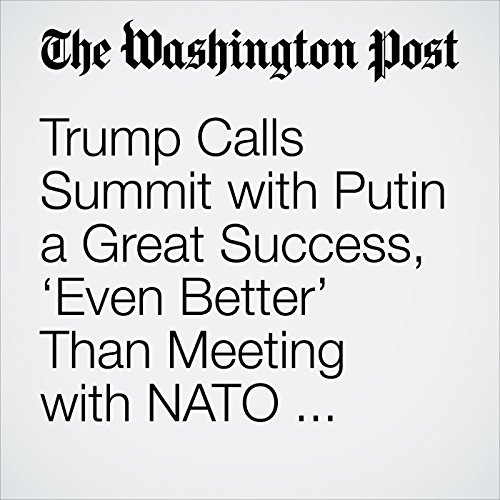 President Trump on Tuesday portrayed his widely panned summit with Russian President Vladi­mir Putin as a great success, saying that it had gone “even better” than a meeting with NATO allies the week before.

"Trump Calls Summit with Putin a Great Success, ‘Even Better’ Than Meeting with NATO Allies. Some in GOP Disagree." is from the July 17, 2018 Politics section of The Washington Post. It was written by John Wagner and narrated by Sam Scholl.