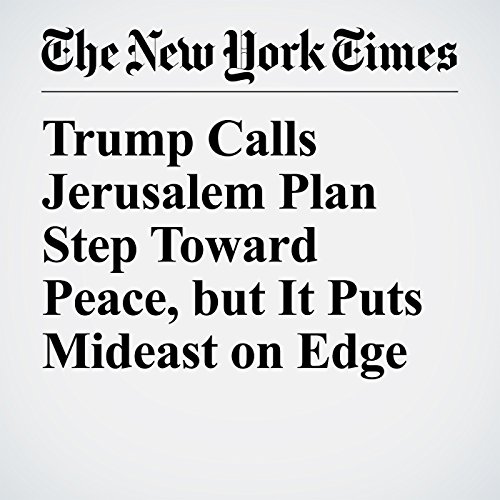 Palestinians burned photos of President Donald Trump in Gaza, and the walls of the Old City were illuminated with the American and Israeli flags Wednesday, as Trump made good on his campaign pledge to recognize Jerusalem as Israel’s capital. In a much-anticipated speech from the White House, Trump argued that it was “the right thing to do” to acknowledge the reality that Jerusalem is the seat of Israel’s government. Decades of avoiding that fact, he said, has done little to resolve the protracted feud between Israelis and Palestinians.

"Trump Calls Jerusalem Plan Step Toward Peace, but It Puts Mideast on Edge" is from the December 06, 2017 World section of The New York Times. It was written by David M. Halbfinger, Mark Landler and Isabel Kershner and narrated by Keith Sellon-Wright.