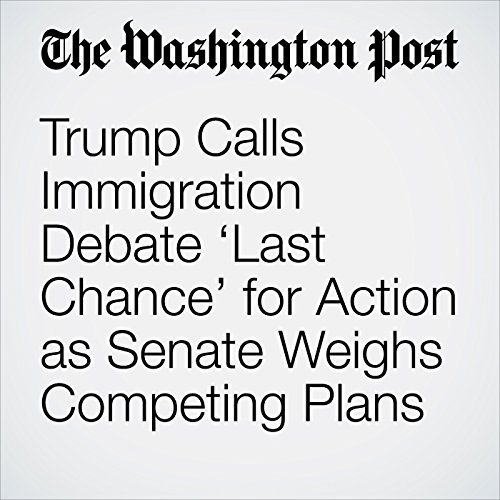 President Trump on Tuesday cast the debate on proposals to revamp the nation’s immigration laws as the “last chance” for action as the Senate weighed competing proposals to legalize millions of young immigrants and fulfill his goal of bolstering U.S.-Mexico border security.

"Trump Calls Immigration Debate ‘Last Chance’ for Action as Senate Weighs Competing Plans" is from the February 13, 2018 Politics section of The Washington Post. It was written by Ed O'Keefe and narrated by Sam Scholl.