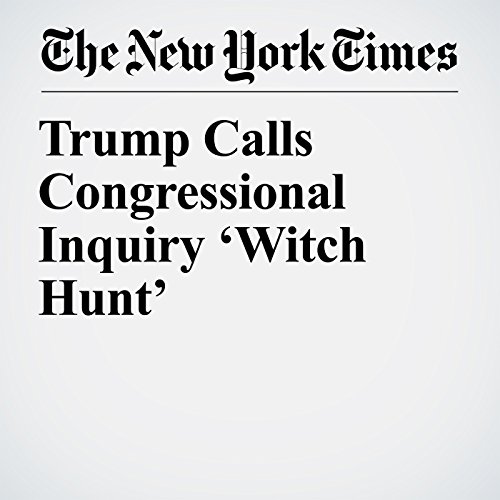 President Donald Trump said Friday that Michael Flynn, the national security adviser who resigned last month over his contacts with Russian officials, should ask for immunity from prosecution in the congressional investigation into the presidential campaign’s ties to Moscow. Trump called the inquiry a “witch hunt” by the media and Democrats.

"Trump Calls Congressional Inquiry ‘Witch Hunt’" is from the March 31, 2017 World section of The New York Times. It was written by Julie Hirschfeld Davis and narrated by Mike DelGaudio.