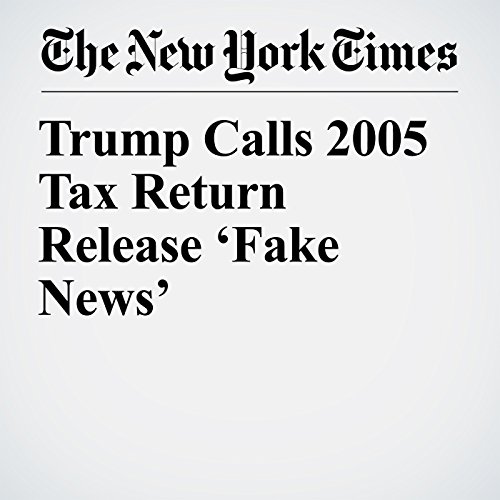 President Donald Trump on Wednesday denounced as “fake news” the release by journalists of a portion of his 2005 income tax form, just hours after his administration appeared to confirm the accuracy of the documents.

"Trump Calls 2005 Tax Return Release ‘Fake News’" is from the March 15, 2017 U.S. section of The New York Times. It was written by Michael D. Shear and narrated by Fleet Cooper.