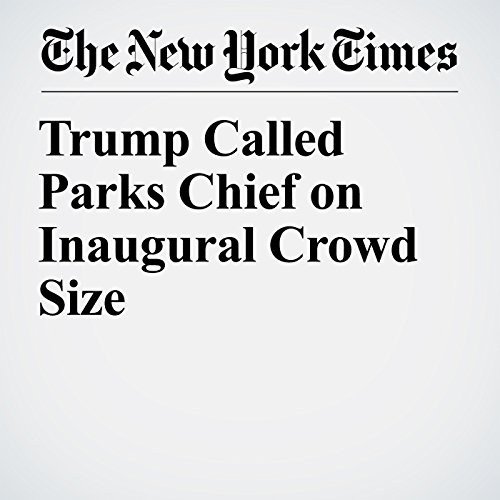 Since becoming president, Trump has repeatedly expressed outrage toward the news media for what he believes is a deliberate attempt to undermine his legitimacy by understating the size of the crowd that attended his swearing-in and speech.

"Trump Called Parks Chief on Inaugural Crowd Size" is from the January 26, 2017 U.S. section of The New York Times. It was written by Michael D. Shear and Maggie Haberman and narrated by Caroline Miller.