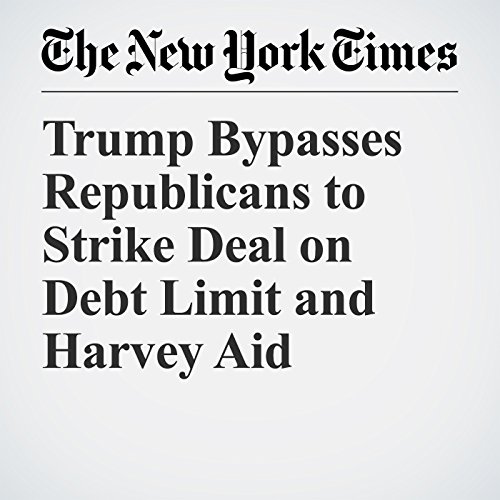 President Donald Trump struck a deal with Democratic congressional leaders Wednesday to increase the debt limit and finance the government until mid-December, blindsiding his own Republican allies as he reached across the aisle to resolve a major dispute for the first time since taking office.

"Trump Bypasses Republicans to Strike Deal on Debt Limit and Harvey Aid" is from the September 06, 2017 U.S. section of The New York Times. It was written by Peter Baker, Thomas Kaplan and Michael D. Shear and narrated by Kristi Burns.