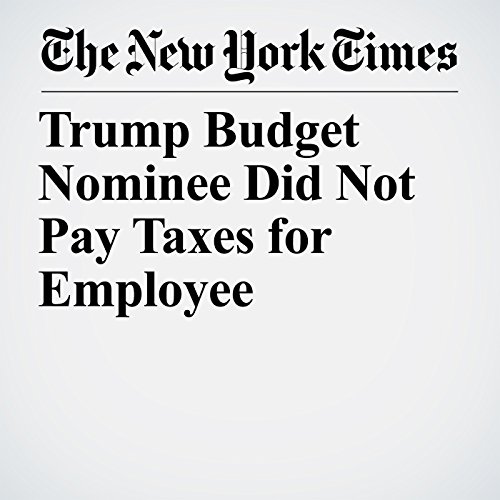 Trump Budget Nominee Did Not Pay Taxes for Employee

President-elect Donald Trump’s choice for White House budget director failed to pay more than $15,000 in payroll taxes for a household employee, he admitted in a statement to the Senate Budget Committee, the sort of tax compliance issue that has derailed Cabinet nominees in the past.

"Trump Budget Nominee Did Not Pay Taxes for Employee" is from the January 18, 2017 U.S. section of The New York Times. It was written by Jennifer Steinhauer and narrated by Keith Sellon-Wright.