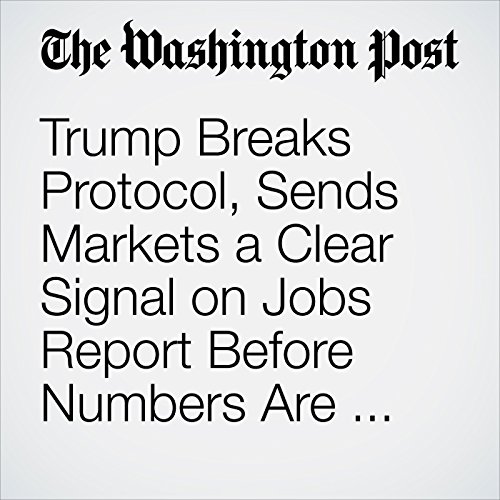 President Trump on Friday broke with decades of protocol and commented publicly about the highly anticipated jobs report data 69 minutes before they were released by the Bureau of Labor Statistics.

"Trump Breaks Protocol, Sends Markets a Clear Signal on Jobs Report Before Numbers Are Released" is from the June 01, 2018 Business section of The Washington Post. It was written by Damian Paletta and narrated by Kristi Burns.