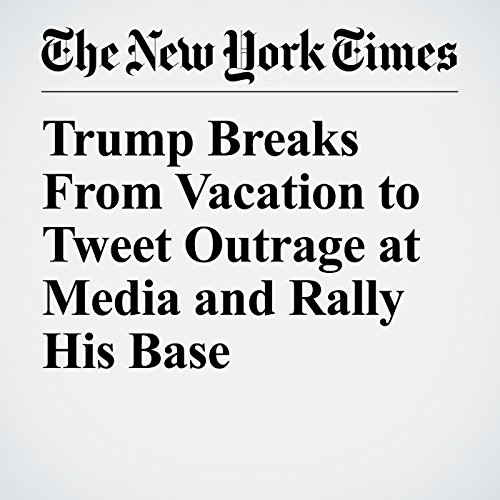 President Donald Trump broke away from his summer vacation Monday for a barrage of Twitter posts lashing out at the “Fake News” media and insisting that his political base was “getting stronger” despite investigations into possible collusion between Russia and his associates.

"Trump Breaks From Vacation to Tweet Outrage at Media and Rally His Base" is from the August 07, 2017 U.S. section of The New York Times. It was written by Peter Baker and narrated by Keith Sellon-Wright.