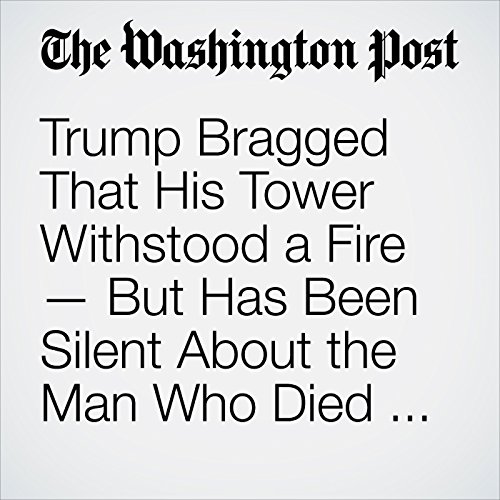 Depending on whom you followed more closely, there were two accounts of the fire Saturday night that tore through a 50th-floor apartment in Trump Tower, President Trump’s namesake building on Fifth Avenue in New York.

"Trump Bragged That His Tower Withstood a Fire — But Has Been Silent About the Man Who Died in It" is from the April 08, 2018 Politics section of The Washington Post. It was written by Amy B Wang and narrated by Sam Scholl.