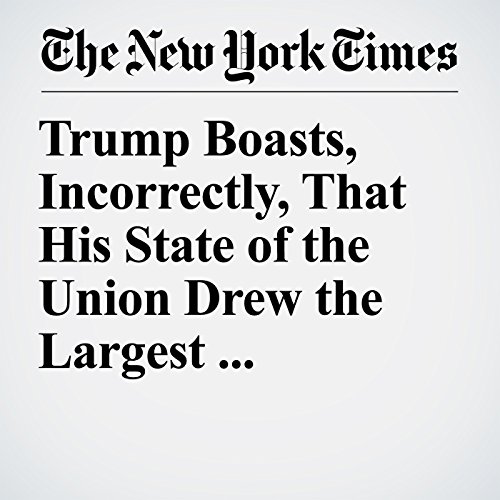 President Donald Trump on Thursday boasted, incorrectly, that his State of the Union address drew the highest number of viewers in history. He was off by millions of people.

"Trump Boasts, Incorrectly, That His State of the Union Drew the Largest Viewership" is from the February 01, 2018 U.S. section of The New York Times. It was written by Eileen Sullivan and Linda Qiu and narrated by Keith Sellon-Wright.