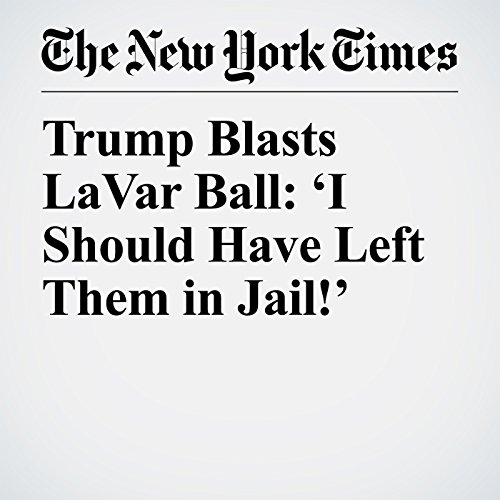 A day after LaVar Ball, the outspoken father of basketball players LiAngelo and Lonzo Ball, played down President Donald Trump’s involvement in getting LiAngelo safely out of China without any criminal charges, the president fired back on Twitter.

"Trump Blasts LaVar Ball: ‘I Should Have Left Them in Jail!’" is from the November 19, 2017 U.S. section of The New York Times. It was written by Benjamin Hoffman and narrated by Keith Sellon-Wright.

Cosa pensano gli ascoltatori di Trump Blasts LaVar Ball: ‘I Should Have Left Them in Jail!’