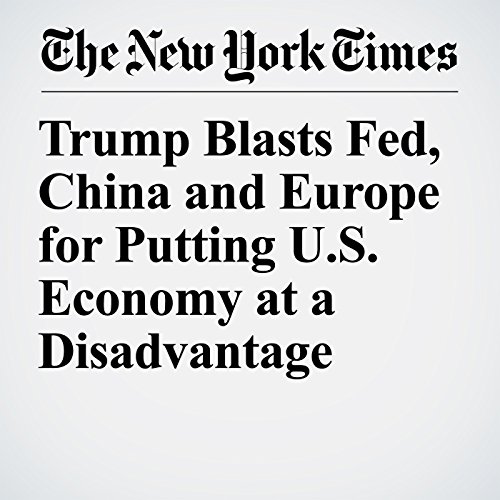 President Donald Trump accused China and the European Union of manipulating their currencies and continued to criticize the Federal Reserve for raising interest rates, saying those moves are putting the United States at a competitive disadvantage.

"Trump Blasts Fed, China and Europe for Putting U.S. Economy at a Disadvantage" is from the July 20, 2018 Business section of The New York Times. It was written by Ana Swanson and Jim Tankersley and narrated by Barbara Benjamin-Creel.