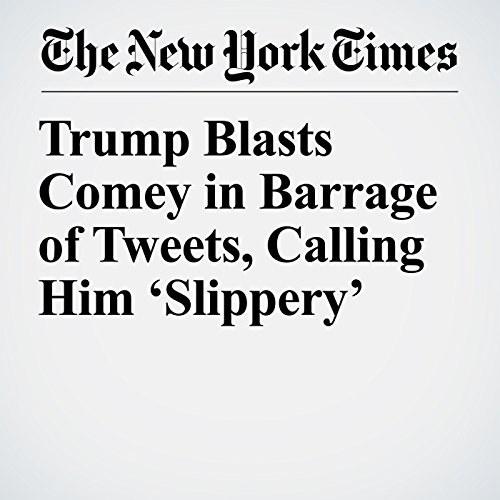 Trump Blasts Comey in Barrage of Tweets, Calling Him ‘Slippery’

For the second time in a week, President Donald Trump on Sunday excoriated former FBI Director James Comey in a series of tweets after details from Comey’s tell-all book were leaked before its official release.

"Trump Blasts Comey in Barrage of Tweets, Calling Him ‘Slippery’" is from the April 15, 2018 U.S. section of The New York Times. It was written by Christina Caron and narrated by Kristi Burns.