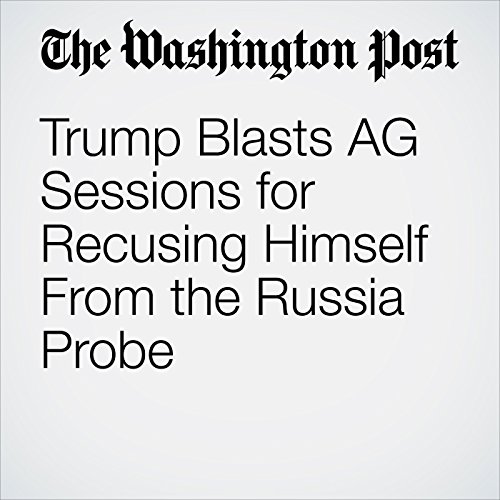 President Trump harshly criticized his attorney general and one of his most loyal supporters, Jeff Sessions, for recusing himself from the ongoing investigation into Russian interference in the 2016 election, indicating that he regretted the choice.

"Trump Blasts AG Sessions for Recusing Himself From the Russia Probe" is from the July 19, 2017 Post Politics section of The Washington Post. It was written by Abby Phillip and Sari Horwitz and narrated by Sam Scholl.