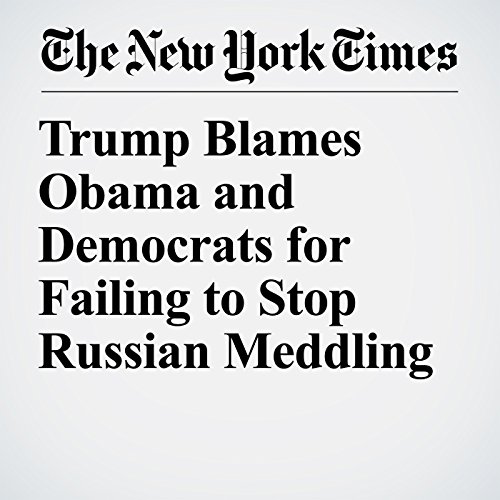 WEST PALM BEACH, Fla. — President Donald Trump, in a series of angry and defiant tweets Sunday morning, sought to shift the blame to Democrats for Russia’s virtual war to meddle in the 2016 election, saying that President Barack Obama had not done enough to stop the interference and denying that he had ever suggested that Moscow might not have been involved.

"Trump Blames Obama and Democrats for Failing to Stop Russian Meddling" is from the February 18, 2018 U.S. section of The New York Times. It was written by Katie Rogers and narrated by Kristi Burns.