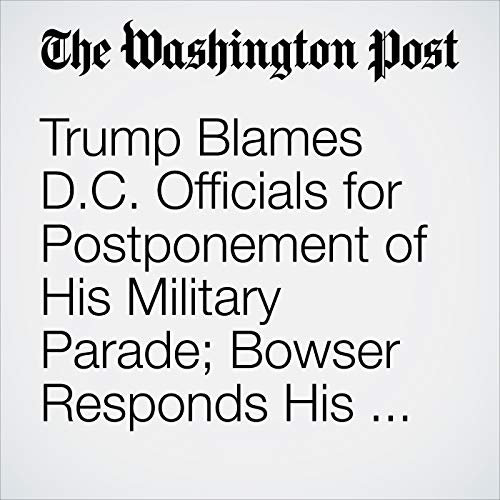 President Trump on Friday blamed local officials for his decision to postpone a grand military parade in Washington this fall, alleging without evidence that they had unreasonably inflated the price.

"Trump Blames D.C. Officials for Postponement of His Military Parade; Bowser Responds His Plan Was ‘Sad’" is from the August 17, 2018 Politics section of The Washington Post. It was written by John Wagner, Peter Jamison and narrated by Caroline Miller.