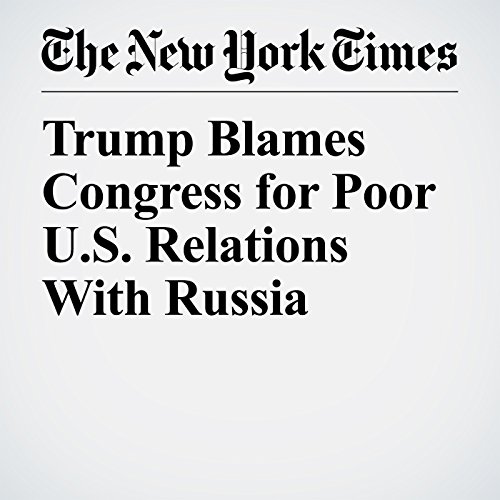 President Donald Trump blamed Congress on Thursday for the United States’ poor relationship with Russia, a day after he signed sanctions legislation that he said was flawed and unconstitutional.

"Trump Blames Congress for Poor U.S. Relations With Russia" is from the August 03, 2017 U.S. section of The New York Times. It was written by Eileen Sullivan and narrated by Barbara Benjamin-Creel.