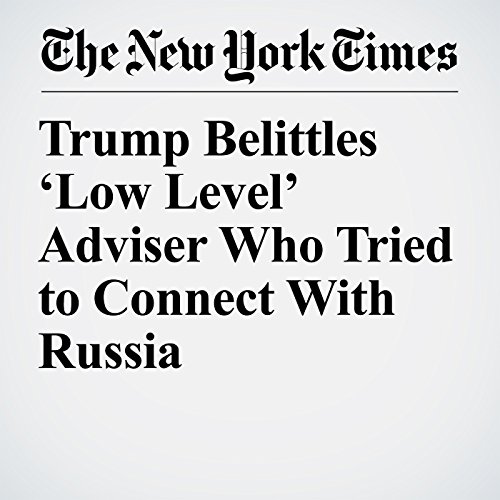 President Donald Trump on Tuesday tried to diminish the significance of a former foreign policy adviser, who admitted to lying to the FBI about how, during last year’s presidential campaign, he sought to meet with Russians offering “dirt” on Hillary Clinton based on purloined emails.

"Trump Belittles ‘Low Level’ Adviser Who Tried to Connect With Russia" is from the October 31, 2017 U.S. section of The New York Times. It was written by Peter Baker and narrated by Keith Sellon-Wright.