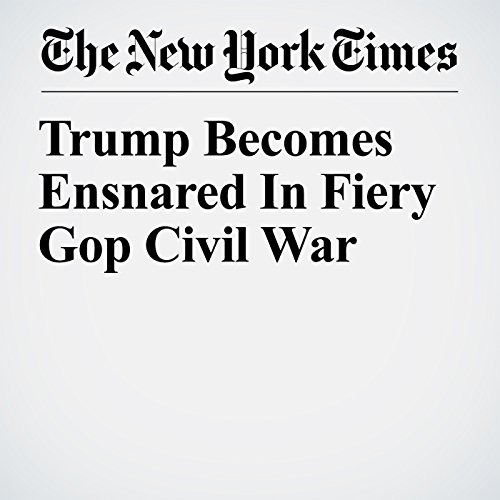 President Donald Trump ignites a lot of fights, but his failure to repeal the Affordable Care Act, the biggest defeat in his short time in the White House, was the result of something else: a long-running Republican civil war that humbled a generation of party leaders before he ever came to Washington.

"Trump Becomes Ensnared In Fiery GOP Civil War" is from the March 25, 2017 U.S. section of The New York Times. It was written by Glenn Thrush and Maggie Haberman and narrated by Keith Sellon-Wright.