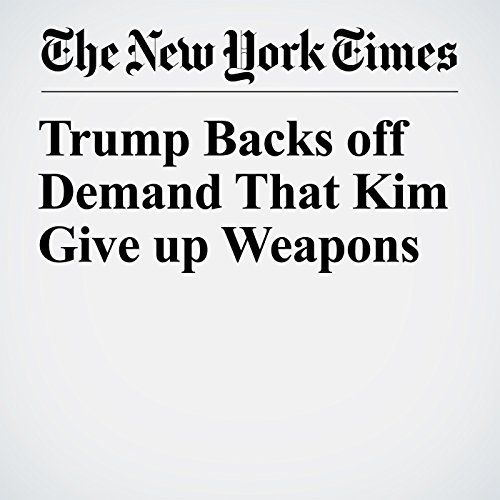 President Donald Trump on Tuesday opened the door to a phased dismantling of North Korea’s nuclear weapons program, backing away from his demand that the North’s leader, Kim Jong Un, completely abandon his arsenal without any reciprocal U.S. concessions.

"Trump Backs off Demand That Kim Give up Weapons" is from the May 22, 2018 World section of The New York Times. It was written by Mark Landler and narrated by Keith Sellon-Wright.