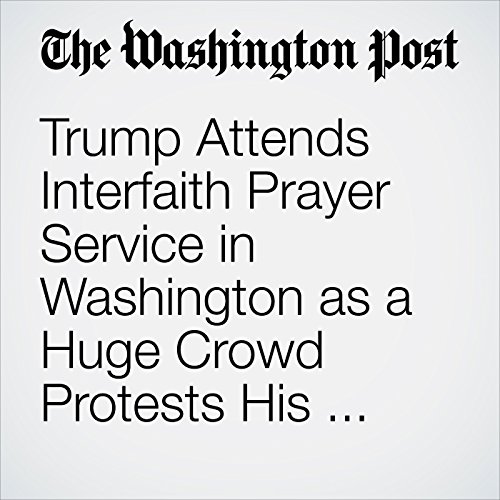 President Trump spent more than an hour Saturday at an interfaith prayer service designed to appeal for national unity as an expected 500,000 people streamed into the nation’s capital to protest his fledgling presidency.Trump and Vice President Pence sat in the front row of the Washington National Cathedral as more than two dozen faith leaders, including a Muslim, offered brief prayers and readings interspersed with religious and patriotic hymns.

" Trump Attends Interfaith Prayer Service in Washington as a Huge Crowd Protests His Presidency" is from the January 21, 2017 U.S. section of The Washington Post. It was written by John Wagner and narrated by Jill Melancon.