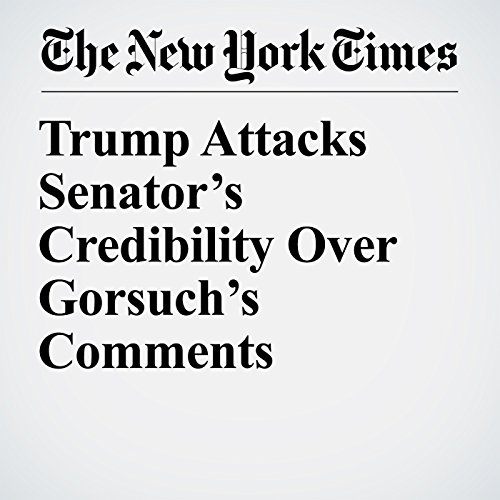 It was a bit of a kiss-and-tell moment when Sen. Richard Blumenthal, D-Conn., told reporters that President Donald Trump’s nominee for the Supreme Court, Judge Neil Gorsuch, had called Trump’s attacks on the judiciary “demoralizing” and “disheartening.”

"Trump Attacks Senator’s Credibility Over Gorsuch’s Comments" is from the February 09, 2017 U.S. section of The New York Times. It was written by Charlie Savage and Jonathan Weisman and narrated by Barbara Benjamin-Creel.