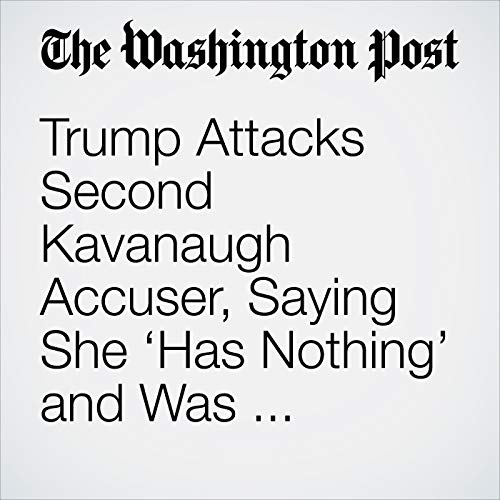 President Trump on Tuesday attacked the second woman who has accused Judge Brett M.Kavanaugh of sexual misconduct, dismissing her account because she was “totally inebriated and all messed up,” and accused Democrats of playing a “con game” in an attempt to derail his Supreme Court nominee.

"Trump Attacks Second Kavanaugh Accuser, Saying She ‘Has Nothing’ and Was ‘Totally Inebriated’" is from the September 25, 2018 Politics section of The Washington Post. It was written by John Wagner andSean Sullivan and narrated by Sam Scholl.