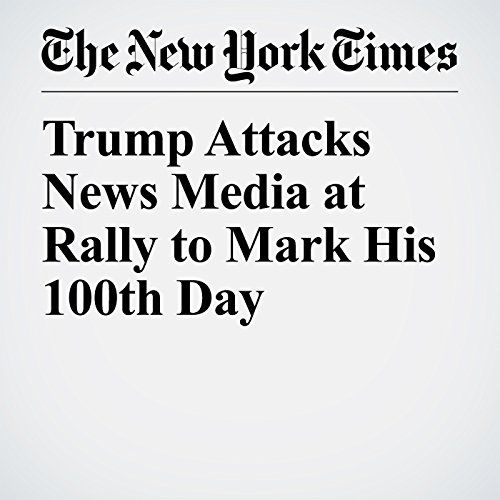 President Donald Trump came to a farm expo center here Saturday to celebrate his first 100 days in office by bathing in the support of his bedrock supporters, reprising the populist themes of his campaign and savaging a familiar foe: the news media

"Trump Attacks News Media at Rally to Mark His 100th Day" is from the April 29, 2017 U.S. section of The New York Times. It was written by Mark Landler and narrated by Kristi Burns.