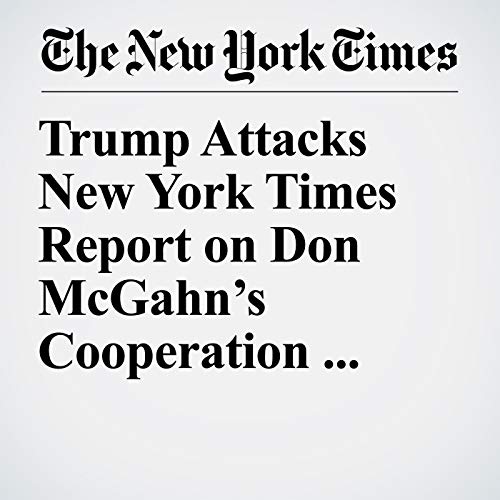 BERKELEY HEIGHTS, N.J. — President Donald Trump attacked The New York Times on Sunday in a series of tweets in which he denounced a report describing the extensive cooperation between the White House counsel, Don McGahn, and the special counsel’s investigators.

"Trump Attacks New York Times Report on Don McGahn’s Cooperation With Mueller" is from the August 19, 2018 U.S. section of The New York Times. It was written by Emily Cochrane and narrated by Kristi Burns.