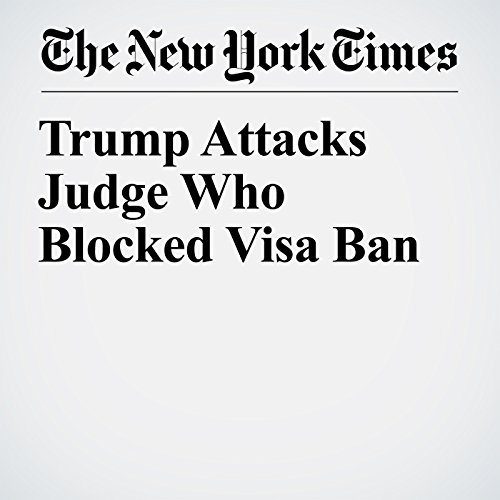 President Donald Trump on Saturday attacked a federal judge who temporarily blocked his immigration order, calling him a “so-called judge” whose “ridiculous” ruling would be overturned.

"Trump Attacks Judge Who Blocked Visa Ban" is from the February 04, 2017 U.S. section of The New York Times. It was written by Mark Landler and narrated by Barbara Benjamin-Creel.