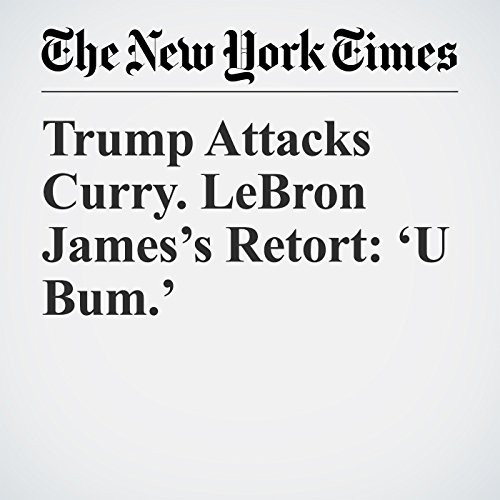 President Donald Trump took aim at two of the world’s most powerful sports leagues and some of their most popular athletes, directly inserting himself into an already fiery debate over race, social justice and athlete activism and stoking a running battle on social media over his comments.

"Trump Attacks Curry. LeBron James’s Retort: ‘U Bum.’" is from the September 23, 2017 Sports section of The New York Times. It was written by Ken Belson and Julie Hirschfeld Davis and narrated by Barbara Benjamin-Creel.