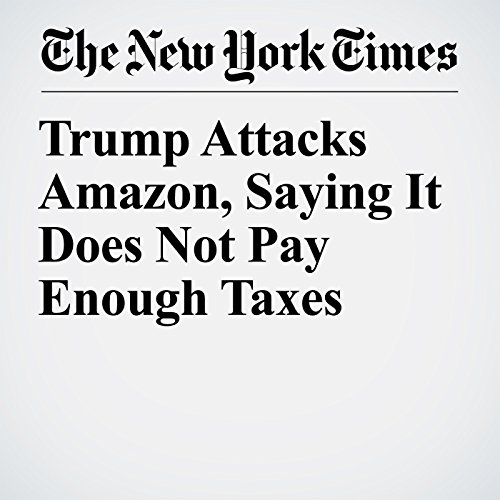 President Donald Trump escalated his attack on Amazon on Thursday, saying that the online behemoth does not pay enough taxes — and strongly suggesting that he may try to rein in the e-commerce business.

"Trump Attacks Amazon, Saying It Does Not Pay Enough Taxes" is from the March 29, 2018 U.S. section of The New York Times. It was written by Eileen Sullivan and Nick Wingfield and narrated by Keith Sellon-Wright.