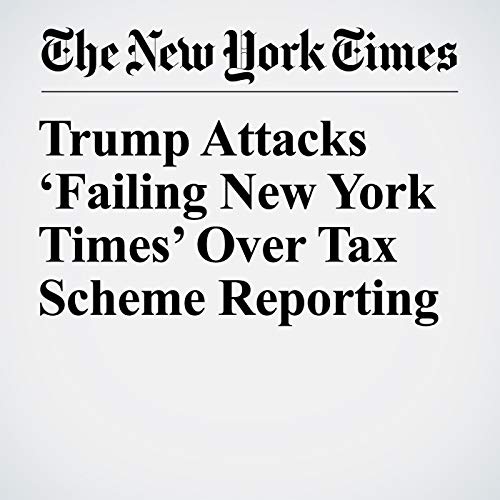 President Donald Trump on Wednesday criticized a New York Times investigation into his and his family’s use of dubious tax schemes over the years and the origins of his own wealth, calling the article an “old, boring and often told hit piece.

”"Trump Attacks ‘Failing New York Times’ Over Tax Scheme Reporting" is from the October 03, 2018 U.S. section of The New York Times. It was written by Eileen Sullivan and narrated by Keith Sellon-Wright.