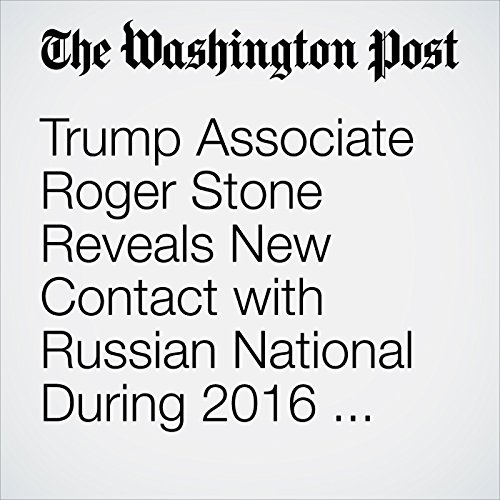 The man, who called himself Henry Greenberg, offered damaging information about Hillary Clinton, Trump’s presumptive Democratic opponent in the upcoming presidential election, according to Stone who spoke about the previously unreported incident in interviews with The Washington Post. Greenberg, who did not reveal the information he claimed to possess, wanted Trump to pay $2 million for the political dirt, Stone said.

"Trump Associate Roger Stone Reveals New Contact with Russian National During 2016 Campaign" is from the June 17, 2018 Politics section of The Washington Post. It was written by Manuel Roig-Franzia and Rosalind S. Helderman and narrated by Sam Scholl.