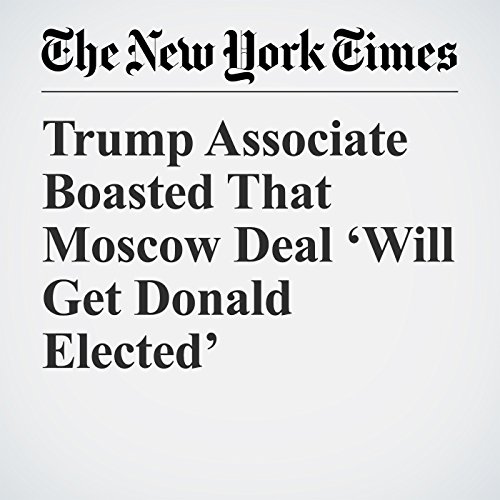 A business associate of President Donald Trump promised in 2015 to engineer a real estate deal with the aid of the president of Russia, Vladimir Putin, that he said would help Trump win the presidency.

"Trump Associate Boasted That Moscow Deal ‘Will Get Donald Elected’" is from the August 28, 2017 U.S. section of The New York Times. It was written by Matt Apuzzo and Maggie Haberman and narrated by Keith Sellon-Wright.