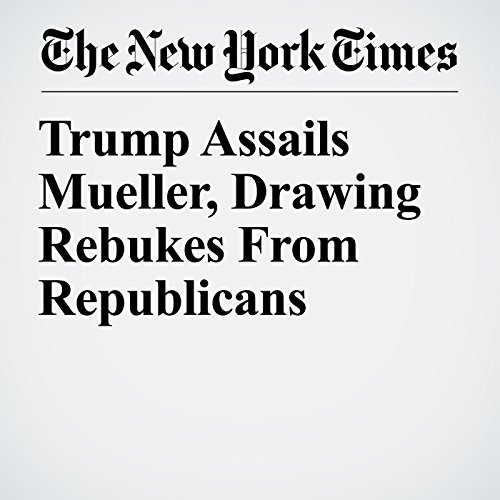 President Donald Trump appeared on Sunday to abandon a strategy of deferring to the special counsel examining Russia’s interference in the 2016 presidential election, lashing out at what he characterized as a partisan investigation and raising questions about whether he might seek to shut it down.

"Trump Assails Mueller, Drawing Rebukes From Republicans" is from the March 18, 2018 U.S. section of The New York Times. It was written by Peter Baker and narrated by Keith Sellon-Wright.